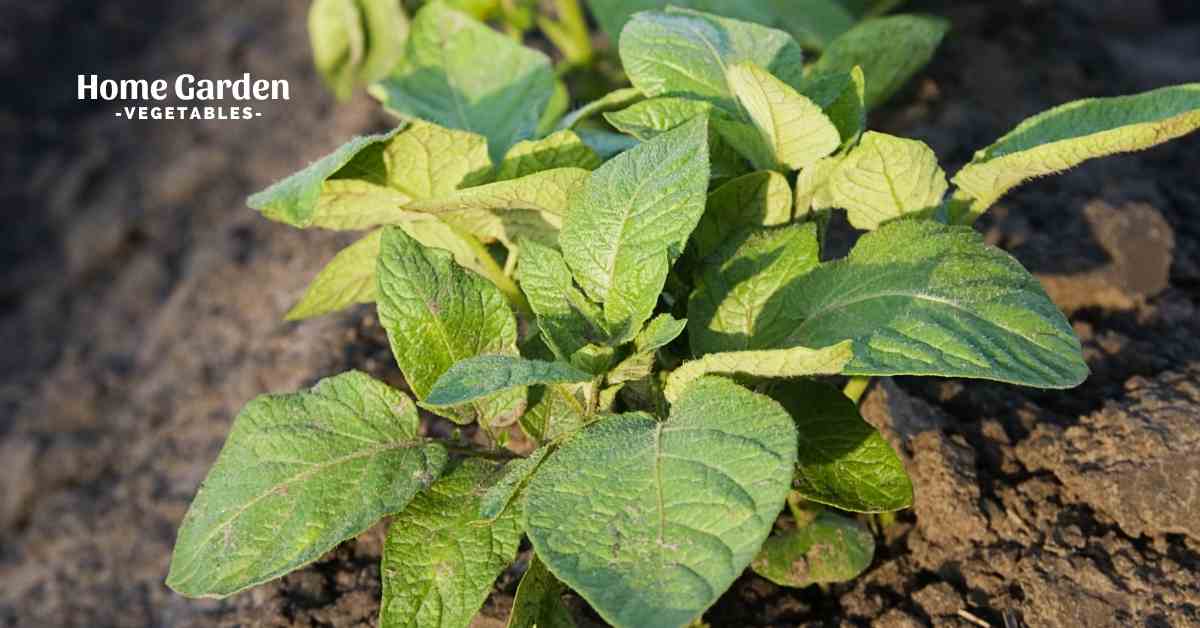 When Is The Best Time To Plant Potatoes?

Seed potatoes should go in the ground in early spring as soon as the soil is workable. You can plant them as early as a month before the last spring frost, but make sure the soil has warmed to at least 40 degrees Fahrenheit.

Potatoes ask for a cool, but frost-free season of about 80 to 100 growing days to mature properly, so plan accordingly. Plan to sow the variety in the ground in time that it comes to harvest before the soil temperatures reach 80 degrees Fahrenheit.

Potato crops don’t deliver well when exposed to high heat. For immature plants, tubers stop developing at temperatures higher than 80 degrees Fahrenheit. As for the mature plants, the tubers will start discoloring if the temperatures exceed this threshold.

For most gardeners, the ideal spring planting for potatoes falls around March or April. In mild-winter regions, gardeners often plant mid and late-season varieties in the fall for a second harvest.

How Late Can You Plant Potatoes

Though it may seem like a straightforward question, there’s no one simple answer to it. Deciding how late can you plant potatoes will depend on a few factors: the variety you are planting, the climate in your region, and the type of harvest you are looking for.

Different potato varieties take different times to mature. Find “days to maturity” on the packet or the label to figure out the number of growing days that the specific variety will take to produce mature potatoes.

The climate in your region, particularly the frost dates, has an important role in deciding the plating dates. Check the date of the first fall frost in your region to decide whether it’s too late to plant the potato variety, or if it still has enough time to reach maturity before the frost. Typically, the weather starts getting colder and wetter by November, for most regions.

Harvesting in November isn’t a good idea since it increases the chances of rotting in tubers. The ground may even freeze before you get a chance to harvest the crop. Depending on the first fall frost of your region and the required growing days for the specific potato variety, plant in time to harvest the crop well before the cold weather sets in.

So if you’re planning on harvesting new potatoes, it might be okay to plant the crop late into the season. These small potatoes, with thin skins, are ready to be lifted from the ground around 2 to 3 weeks after the plant stops flowering.

Leaving these new potatoes longer into the ground gives them a chance to develop fully and turn into mature potatoes. They’re larger in size, have tougher skin, and store well. In general, mature potatoes are ready to be harvested 2 to 3 weeks after the foliage dies back. They’ll take a much longer time in the ground than new potatoes.

Can You Plant Potatoes As Late As August?

If it’s too late for a spring planting, you can even plant potatoes in August! These are called second crop potatoes. Gardeners often plant second crop potatoes to harvest a fresh crop just in time for Christmas! Potatoes are best planted in containers during this time so that you can easily move them to a shaded location or greenhouse in case of an unanticipated frost. Alternatively, you can also cover the crop with a frost protection fabric during cold nights. Remember to remove the cover in the morning so the plants can benefit from the sunlight.

There’s plenty of flexibility when it comes to the right time for planting potatoes. If the prime time to plant potatoes in the spring has already passed, there are quite a few options for you. You can choose early-season varieties or plan to harvest new potatoes since they won’t require much time in the soil. Alternatively, you can wait a while to plant later through the fall or winter if you live in a mild-winter region. In colder regions, gardeners can also grow potatoes through the summers.