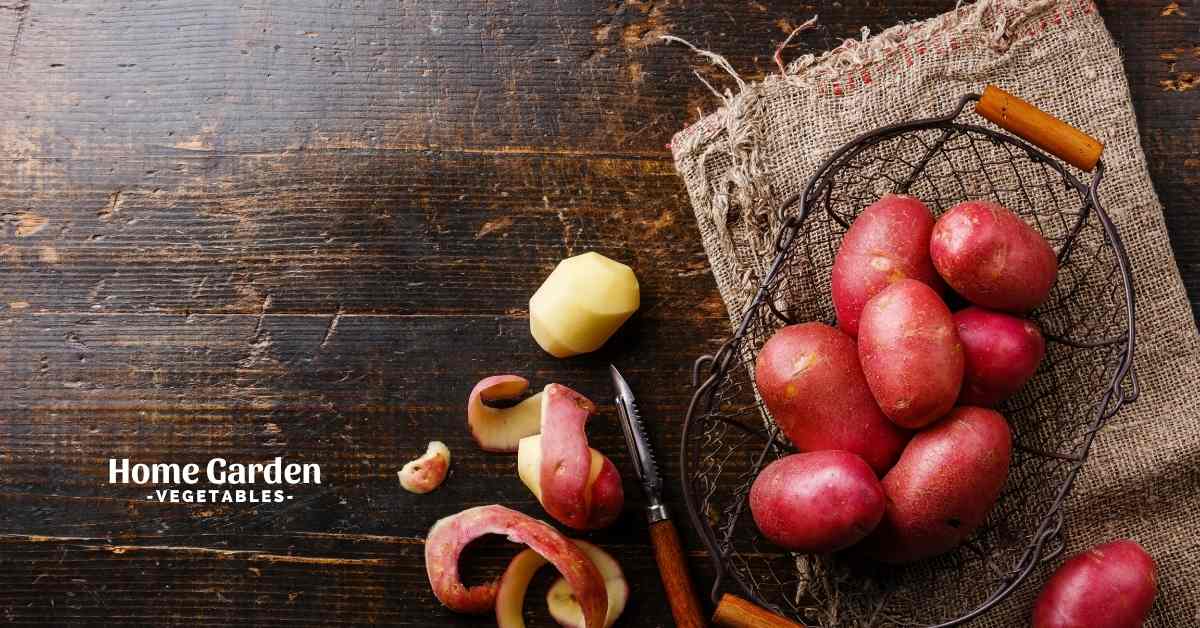 Whether this is your first time growing potatoes, or you somehow missed the prime planting season, what you really want to know is – is it too late to plant potatoes in August. Sometimes, gardeners delay planting the seed potatoes on purpose in the hope to secure a Christmas harvest, adding some homegrown goodness to the festive season.

In any case, when is it too late to plant potatoes? Will potatoes sown in August produce a viable crop or is it a waste of time? Let’s find out.

What Is The Right Time To Plant Potatoes?

Typically, potatoes can be planted as soon as the soil is workable in spring. For most climates, gardeners can start planting them from mid-February to March to harvest potatoes throughout the summer and autumn months. Try to plant before the soil temperature reaches 80°F because, beyond this temperature, tubers will not form properly. Planting early also allows the plants to grow and mature completely before the cold winter sets in.

Can You Plant Potatoes In August?

Potatoes planted in late summers for a Christmas harvest are called second-crop potatoes. Seed potatoes are available in garden centers for second cropping between mid to late summers.

Though the seed potatoes for second cropping in August are the same as those available for spring planting, they have been kept in cold storage to prevent them from developing. If you’re planning to use some of the potatoes you harvested in summers, planting them straightaway in August for a winter crop won’t work.

See also  How To Get A Potato To Sprout

The seed potatoes need to be subject to a period of dormancy by placing them on a bright, cool and dry windowsill and planting them before they start to shrivel up. Keep checking for any signs of rotting or pests and plant them in time.

Early and second early potatoes work best for second crop planting in August. Here are some of the preferred varieties to grow for harvesting new potatoes at Christmas:

Popular since its establishment in 1891, Duke of York is a first early variety and can be planted in both, spring for a summer harvest, or mid-summers for an autumn harvest.

It’s a second early potato, and yeilds an excellent crop of long, oval tubers. It’s a popular salad potato to grow in August and harvest just in time for Christmas.

Another second early potato, Carlingford produces an impressive yeild of salad potatoes. The variety grows well in pots or bags and offers good resistance to diseases. It’s a good choice for second cropping in August to harvest near Christmas time.

Maris Peer is a second early variety that produces firm tubers that hold shape better than other varieties upon boiling. It’s resistant to powdery mildew, blight and common scab and is excellent for second cropping.

Since potatoes planted in August are more susceptible to blight infections, you may want to choose varieties that show some resistance to the disease, including Maris Peer, Cara, Estima, and Remarka.

Planting second crop potatoes is much the same as first crop potatoes. Plant them 4 inches deep in the soil, adding more soil to cover the stems of the plants as they grow. This is known as ‘earthing up’ and is an essential step for growing potatoes. If you’re growing in a container or grow bag, use compost formulated for vegetables and continue adding compost as the plant grows until you reach the top of the container. Keep the crop well watered and apply a light dose of liquid fertilizer every two weeks.

To harvest potatoes, wait until the foliage turns yellow and dies back. Once the foliage dies back, dig up the potatoes gently using a pitchfork or spade. Take care not to puncture the skin, otherwise they won’t store well. The potatoes can be consumed right away or stored for later use.

If you’re growing them in a frost-free region, the tubers can be left in the ground even after the foliage has turned yellow, died back and is removed. Keep the soil dry during this period while you leave the mature potatoes in the ground. As long as the soil is dry, cool and frost-free, you can keep them in the ground for one or two months after removing the foliage.

If the potatoes are growing in cold, heavy soil, lift them near the end of October and bury them in a frost-free, sheltered spot, such as the shed, or store them in a bag in a cool, dry place.

Protecting Potatoes From The Cold

Protecting second crop potatoes from the cold is easy when you grow them in containers. If cold weather is predicted, you can easily move the container to a warmer location, such as a greenhouse. Potato plants growing in the ground will need to be covered with horticultural fleece. The covering protects them from frost damage as well as pests. Remember to remove the covering at daytime to allow sunlight to nourish and warm the plants.

See also  Can You Grow Potatoes In A Greenhouse

So is it too late to plant potatoes in August? No, it’s not late at all! Go ahead and plant your second crop potatoes following the instructions above and you’ll have the tastiest new potatoes to enjoy for Christmas.